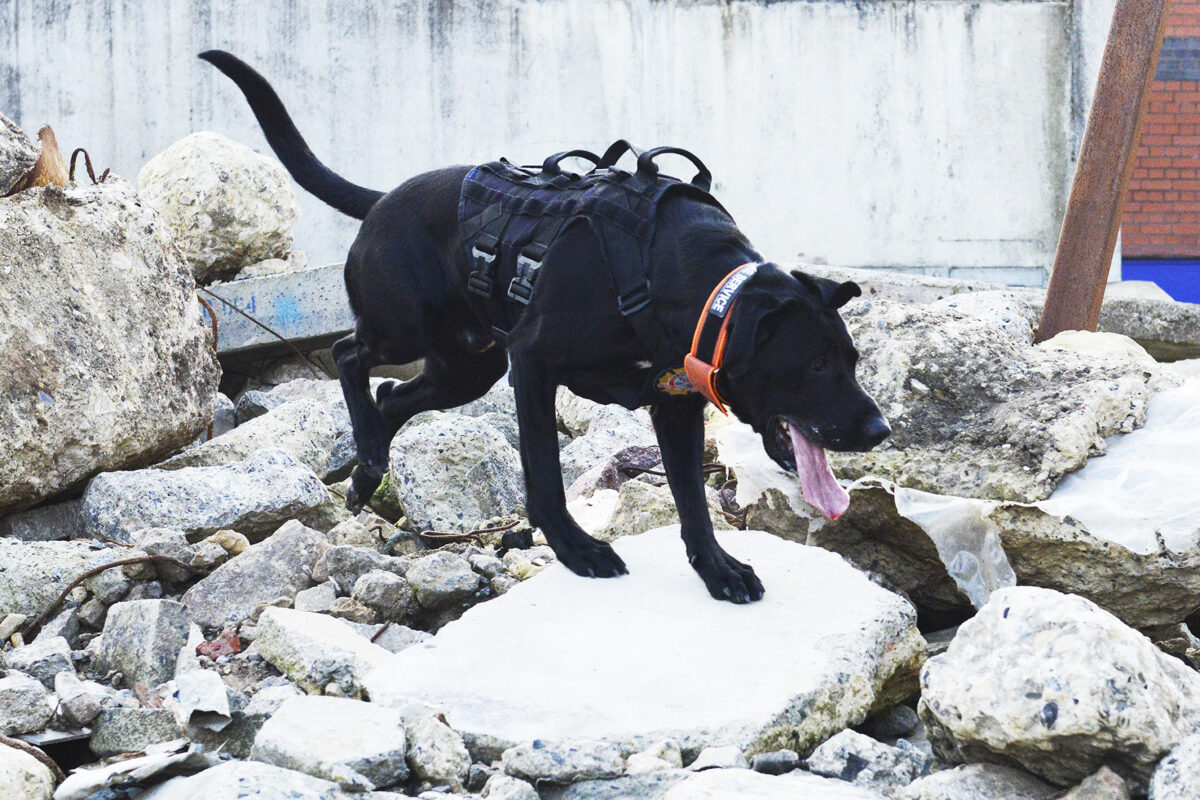 This dog finally got his day

A playful puppy who was given up because he was too boisterous for his family has found his forever home – saving lives at the fire service.

Dutch Herder Labrador cross Merlin was given to Northumbria Police after the family who got him as a pup decided he was too boisterous.

For months it looked like the adorable two-year-old may never find his forever home – until his potential was identified.

Northumbria Police then contacted Tyne and Wear Fire and Rescue Service (TWFRS) and suggested that he may be an appropriate first responder.

The Service required a new K9 at their Urban Search and Rescue (USAR) team as their dog Frankie was coming to the end of her career.

So Merlin found a new home with Watch Manager Steve Carr who began to put him through his training.

The pair joined a course alongside the Dog Section at Northumbria Police and the playful pooch was put through his paces.

And now they have finally revealed he has finally completed his long journey – after he was officially certified as a specialist search dog.

Today (Tuesday), TWFRS’s highest ranking officer has praised Merlin and handler Steve for their commitment and effort during rigorous tests.

“I know Watch Manager Carr has been working incredibly closely with Northumbria Police when training Merlin for his role and I want to thank them for their continued support.

“Merlin will be able to reach places our firefighters simply can’t reach, so that he can identify the location of any casualties during an emergency response.

“I hope this reassures our region that when your blue light services respond in the North East they are some of the most highly trained officers in the country, even our USAR dogs are top of the class.”

“Search and Rescue dogs provide an invaluable service to our communities, and to the first responders who rely on their skills to respond to emergencies, help find missing people and so much more.

“It has been a pleasure to put Merlin through his paces alongside our working Police Dogs and I wish him all the best in his new career.”

“Whether it’s policing or fire, they save lives with their skills and bravery. From searching for drugs to explosives, they’re trained to do incredible things.

“With his energy and character, Merlin is destined to be a hero, and we’re all so happy he’s found his calling in life.”

Merlin is now a qualified National Resilience USAR dog which means he can be deployed to any incident across the country that needs canine urban search and rescue help.

This could range from a person lost in the woods to someone trapped in a collapsed building, Merlin alerts WM Carr by barking when he has located the person.