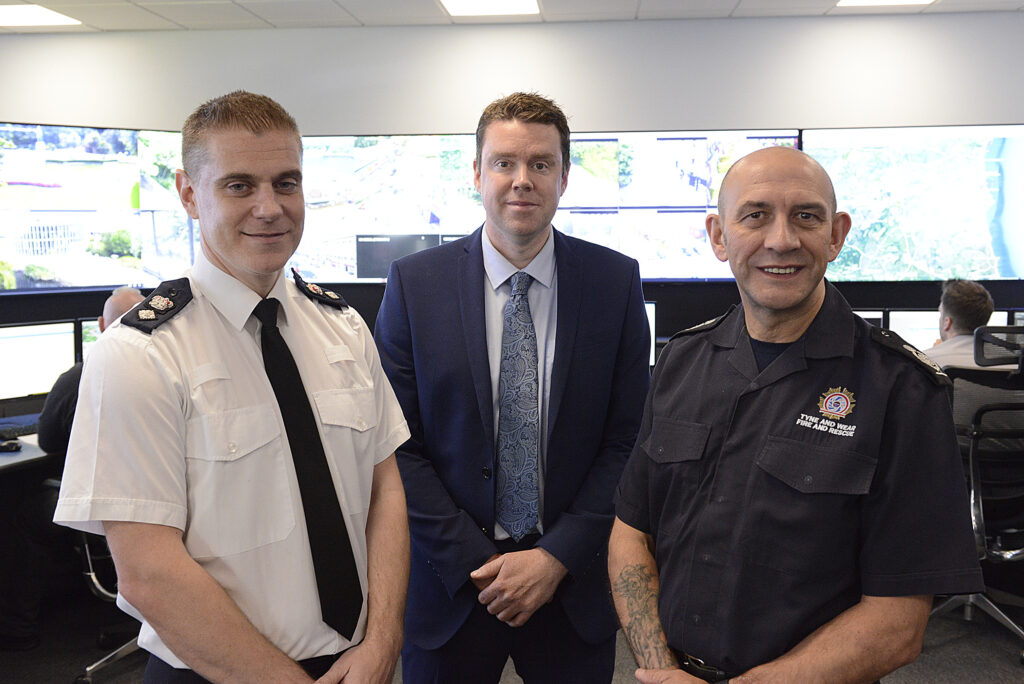 After 20-years of being located at Sunderland Civic Centre, the ‘City Alarm and Emergency Centre’ has found a new home.

The crucial resource is now housed at our Service Headquarters in Washington.

The relocation project is a long term partnership between the Service and Sunderland City Council.

The primary use of the 24/7 CCTV facility is to keep the people of Sunderland safe from harm as they go about their day, and to provide an invaluable means for key organisations like the local authority and the emergency services to work closely together.

The City Alarm and Emergency Centre is all about prevention, observation and awareness.

Peter Heath, Deputy Chief Fire Officer for Tyne and Wear Fire and Rescue Service, said: “We are delighted to welcome the City Alarm and Emergency Centre to Washington, and are pleased they have settled in well.

“It cements the next chapter in our continued partnership with Sunderland City Council, and reinforces our commitment to working with key organisations within Tyne and Wear.”

Councillor Kevin Johnston, Sunderland City Council’s Cabinet Member for Dynamic City, said: “We know tackling anti-social behaviour is important to our residents and the City Alarm and Emergency Centre plays a vital role in the wider work that we do to keep our city safe. So, we’re delighted to see it settled into its new base at the Fire Service’s headquarters at Barmston Mere.

“Working closely with partners is a key part of this work and the City Alarm and Emergency Centre has proved its worth time and time again by providing the City Council and our partners with the crucial intelligence needed to help prevent and tackle anti-social and criminal behaviour. The centre’s CCTV cameras also play an important role in helping locate vulnerable and missing people.”

Chief Superintendent Barrie Joisce, of Northumbria Police, said: “CCTV is a vital resource to policing as it helps us to keep people safe as well as detect, deter and disrupt criminality day in and day out.

“We will continue to use this technology in collaboration with our partners to protect those who may be vulnerable and deliver effective justice through the crucial evidence it so often provides.”