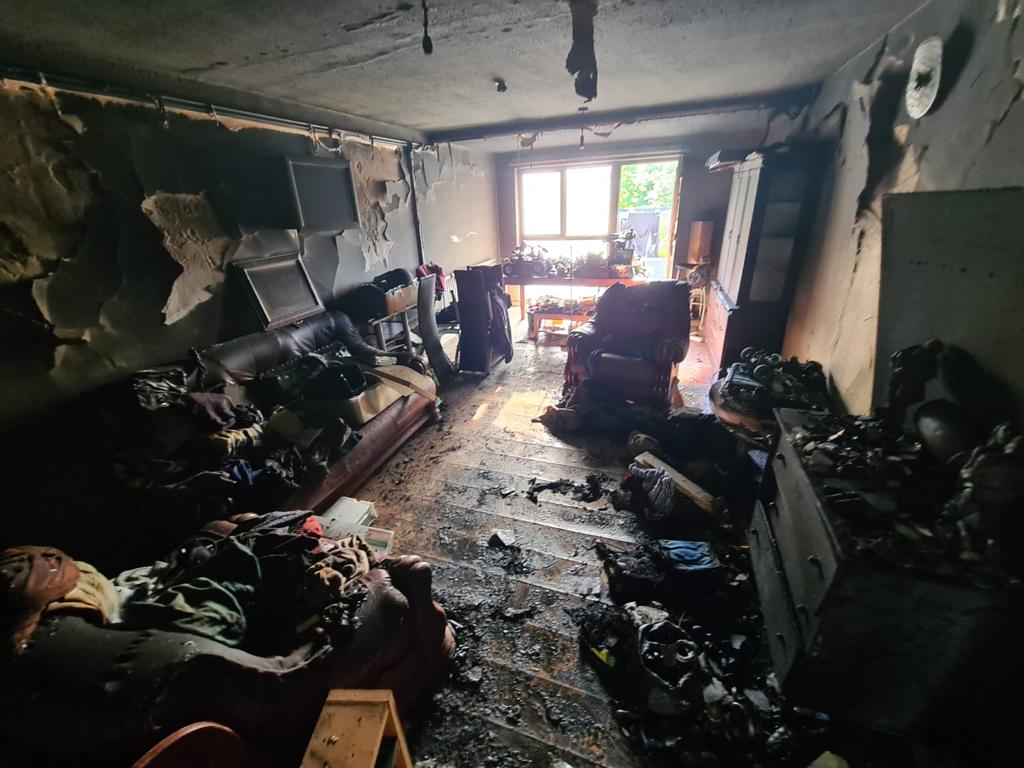 Lucky to be alive

The victim of a house fire is lucky to be alive after an e-bike was left on charge overnight and caused his home to go up in flames.

A fire broke out at the property in Washington after the electric bike was charging in the living room.

The resident of the ground-floor terraced flat woke up in the early hours of June 16 to find smoke bellowing through his home and frantically called for help.

Crews from Tyne and Wear Fire and Rescue Service (TWFRS) were deployed to the property and were on scene of the fire in just six minutes.

The firefighters from Washington, Hebburn and Gateshead Community Fire Stations were able to get the fire under control.

However it had caused significant damage to the property and the resident has had to move out as a result of the fire.

Thankfully he had managed to self-rescue from the property but is lucky to be alive after waking up by chance.

He explained to firefighters through his friend that he was deaf and had not heard the smoke alarms activating – instead waking by the smell of smoke coming into his room.

Crews have since installed sensory smoke alarms in his temporary accommodation and are now warning other e-bike owners to take care when charging.

Station Manager Dale Howey, in TWFRS’s Fire Safety Department, said “Fortunately this resident was woken up by the smell of the fire and we are so thankful that they did.

“The fire caused a significant amount of damage to the property, and as we’ve seen a rise in people owning electric bikes and scooters in recent years, we strongly discourage you from charging electrical items when you can’t supervise them.

“Make sure you only ever charge any electrical items with the approved battery charger that comes with it as others might not have been tested to handle the power output and do not overload your sockets.

“And remember, if you hear noises from any electrical item or it starts to smoke, make sure you get everyone out of the house and call 999.”

For members of our community who are hard of hearing, TWFRS can fit sensory smoke alarms, which uses a strobe light and vibrating pads to alert the occupants of the home that there is danger and they should evacuate the premises.

TWFRS also encouraged the use of text based communication before attending a home visit, emailing and texting the occupant to ensure they know what to expect from the visit and assessing their home’s needs.

If you need a sensory smoke alarm, or a regular smoke alarm fitted to your property, please contact TWFRS via their website or on Freephone number 0800 032 7777.