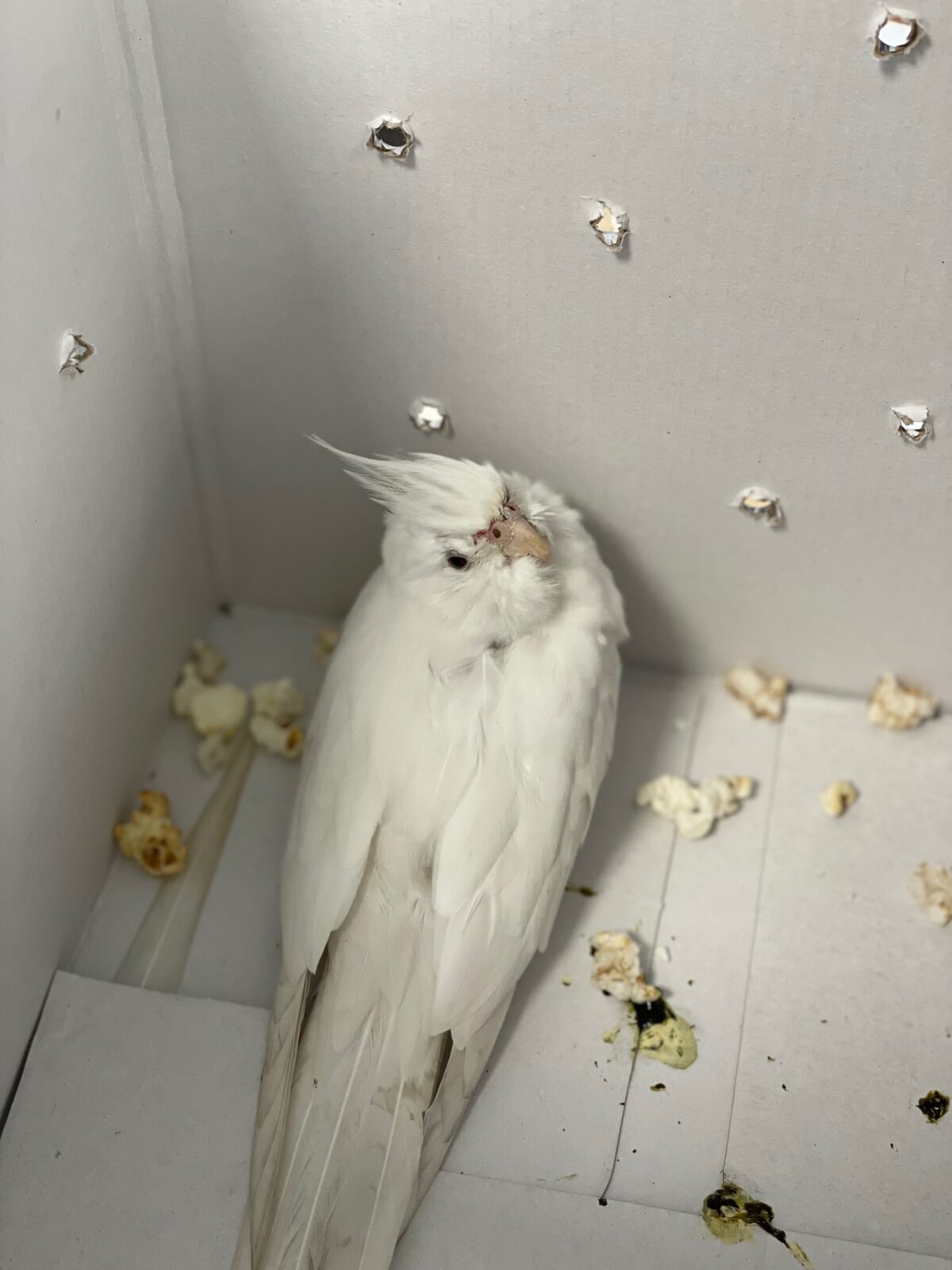 Is that a bird or a plane?

A bird owner has praised fire service staff after his cockatiel reappeared at fire service headquarters – after being missing for a week.

Pearl went missing last Saturday from her home in Stanley, County Durham after a door was accidently left open.

Her owner Scott was beside himself with worry wondering if he was ever going to be reunited with his feathered friend.

Pearl spent her week on a tour of the North East with sightings of her being sent to Scott’s wife, Alisha via Facebook.

But no-one was able to catch her and bring her back home – until Thursday!

Pearl found herself in a bush outside of Tyne and Wear Fire and Rescue Service’s (TWFRS) Washington Headquarters, when she was noticed by staff.

After a number of attempts by different TWFRS staff members, Gary one of TWFRS’s maintenance team managed to get Pearl into a box to make sure she was safe.

After Gary successfully got Pearl in her temporary accommodation TWFRS’s Control Room got in contact with Alisha after someone on Facebook said they’d seen her at a fire station in Washington.

Scott was so relieved to be reunited with his beaked bestie and today (Friday) has praised those people who’ve helped to bring them back together.

The dad of six said: “It has been so stressful. We’ve not had her for very long. She’s not very tame so I’m surprised she actually got into the box.

“I want to say a big thank you to the staff at TWFRS who helped reunite us. She’s now safely back at home with the cage door firmly closed.

“If it wasn’t for Facebook and the eagle eyed members of the public we wouldn’t have found her!”

Deputy Control Manager for TWFRS Julie Marley has thanked her staff for their detective skills to find Pearl’s owner.

She said: “We don’t often find ourselves doing the rescue part as we are much more about the logistic side of things.

“But it was a great effort from everyone involved to make sure Pearl was safe.

“It sounds like Pearl has had quite the week and was ready to go home by the time she got to us.

“We are glad we could play our part in Pearl and Scott’s reunion.”

Pearl and Scott were reunited at his home in Stanley on Thursday afternoon after being dropped off by a member of TWFRS’s staff.

Pearl is in good health and is happy to be home.