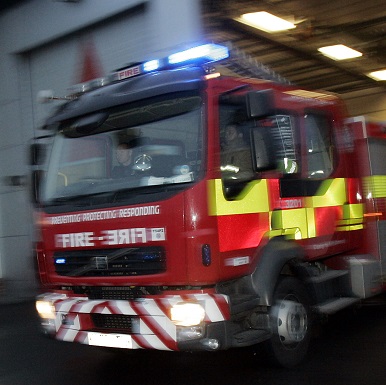 An investigation has been launched after a man has sadly died following a house fire in South Tyneside.

At approximately 10.45pm on Sunday (July 4th) Tyne and Wear Fire and Rescue Service (TWFRS) received a report of a fire at a residential property in Jarrow.

Crews from South Shields, Hebburn and Washington Fire Stations, were on scene at the address on Salcombe Avenue in a matter of minutes and found the ground-floor flat ablaze.

They quickly entered the property wearing Breathing Apparatus (BA) and were able to extinguish the fire.

Firefighters located a 71-year-old man in the property, who was the sole occupant of the address, but sadly he was pronounced dead at the scene.

A joint investigation into the circumstances around the fire has now been launched by TWFRS and Northumbria Police but at this early stage there is nothing deemed to be suspicious.

Assistant Chief Fire Officer Lynsey McVay, of TWFRS, said: “Any death is a tragedy and our thoughts are with the man’s family at this incredibly difficult time.

“Our crews were on scene in a matter of minutes and were able to locate and extinguish the fire quickly, but unfortunately the occupier had already passed away.

“There is substantial damage throughout the property so establishing the exact cause of the fire may take some time.

“Our fire investigation team have not found anything to suggest the fire is suspicious but we will be supporting Northumbria Police as they carry out enquiries into the incident.

“I want to thank the crews, and our Fire Control, for their quick actions in attending the incident and we will do everything we can to ensure they have the support they need.”

Detective Inspector Chris Raper-Smith, of Northumbria Police, said: “This is a tragic incident and our thoughts go out to the family and friends of the man involved.

“An investigation has been launched alongside the fire service as to the cause of the blaze and that is very much ongoing. However, at this early stage, it is not believed to be suspicious.”

Anyone with information about the fire is asked to contact Northumbria Police through the ‘Tell Us Something’ page on their website, or by calling 101, quoting reference NP-20220703-1327.