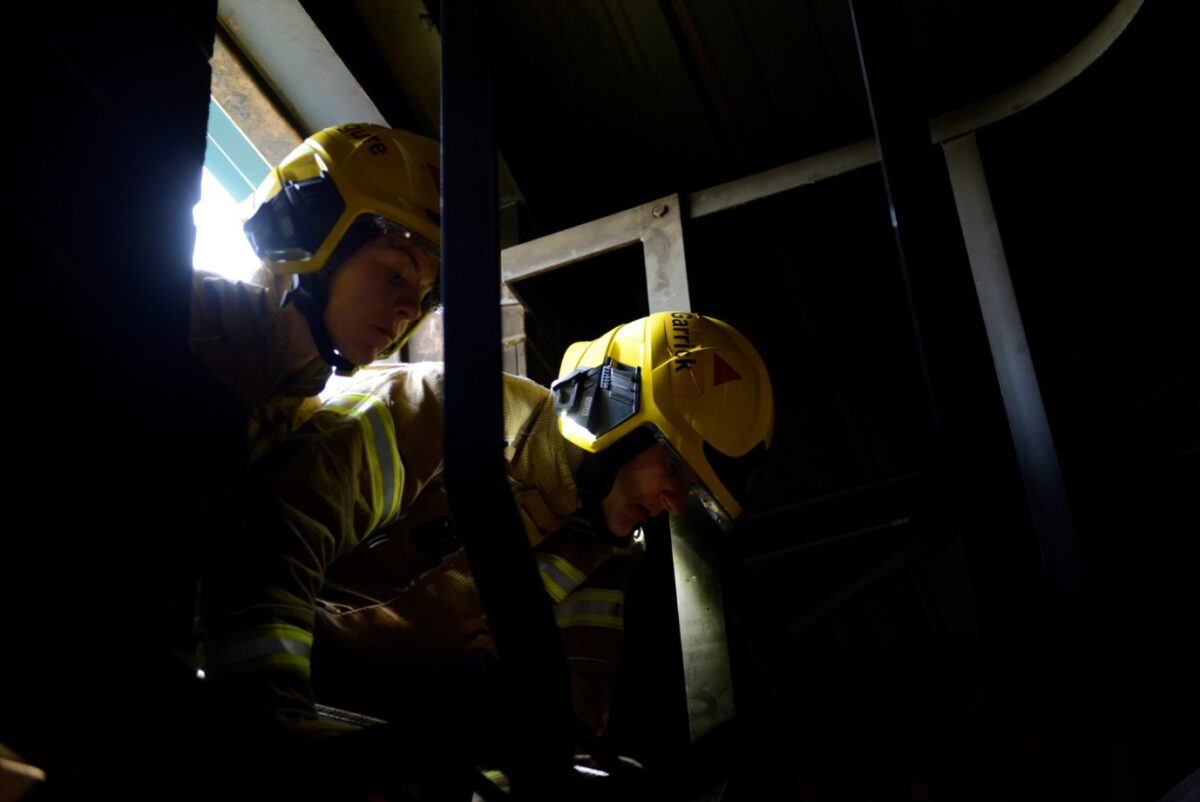 From runway lights to blue lights

It’s always hard starting a new job, especially when your old one involves travelling to some of the most beautiful places in the world.

But when the pandemic grounded the travel industry former cabin crew Laura Maguire began to think about what a new chapter in her life would look like.

Laura, from Ryton, completed here 12 week training course last week and on Friday passed out as a member of Tyne and Wear Fire and Rescue Service (TWFRS).

She is one of six female recruits, in a cohort of 32 trainees, to graduate an intensive programme that involved tackling fires, rescuing casualties from road traffic collisions and how to use range of specialist equipment.

Now Laura, who passed her training two years after she initially applied to join TWFRS, has called on other women to consider a career as a firefighter.

Laura said: “I’ve always had a passion for helping people and believe it or not there are a lot of transferable skills between this role in the fire service and my role as cabin crew.

“We learn how to deal with fires, first aid, how to cope with crisis, and trauma response, I mean it’s not exactly the same but I knew there were somethings I could draw from.

“When I was looking for a new role I wanted something that could combine my love of fitness and helping the public and I got a bit tired of living out of a suitcase.

“I’d done it for 17 years and I wanted a job on the ground that I could be proud of and help the community.”

Laura has already made friends for life during her training and has praised the other women who have been training alongside her.

She said the course has been physically demanding but she and her new friends are proud to be shedding the stereotype of what remains a male dominated industry.

“It’s nice to have the other women going through a similar thing on the course even though we are from so many different backgrounds.”

Laura won’t be the only female at TWFRS and she is joining an organisation that already has a woman in one of the most senior positions at TWFRS.

Lynsey McVay is the first female Assistant Chief Fire Officer at TWFRS and has praised the hard work of the new recruits as well as calling on more women to join the service.

She said “This recruitment drive is one of the biggest we’ve had in years and it’s great to see so many women in this cohort.

“I’m so proud of how hard our recruits work to make sure they are in tip top form when they get on station and it should reassure our community that we are working hard to keep them safe.

“It is vitally important for us to represent the communities we serve. A lot of what we do is engagement with the public and we need people of all backgrounds in the organisation.

“We still need to work hard to increase the representation of minority communities in the fire service but this latest cohort shows we are making positive steps.

“We hope people like Laura can help inspire other women to consider a role as a firefighter. It is a mentally and physically tough training course but there is nothing here that a woman can’t do.

“A woman’s place is anywhere she wants it to be, and I encourage you to join me at TWFRS.”

Laura and her fellow trainees passed out on Friday, December 17th, after completing a number of written, oral and practical assessments.