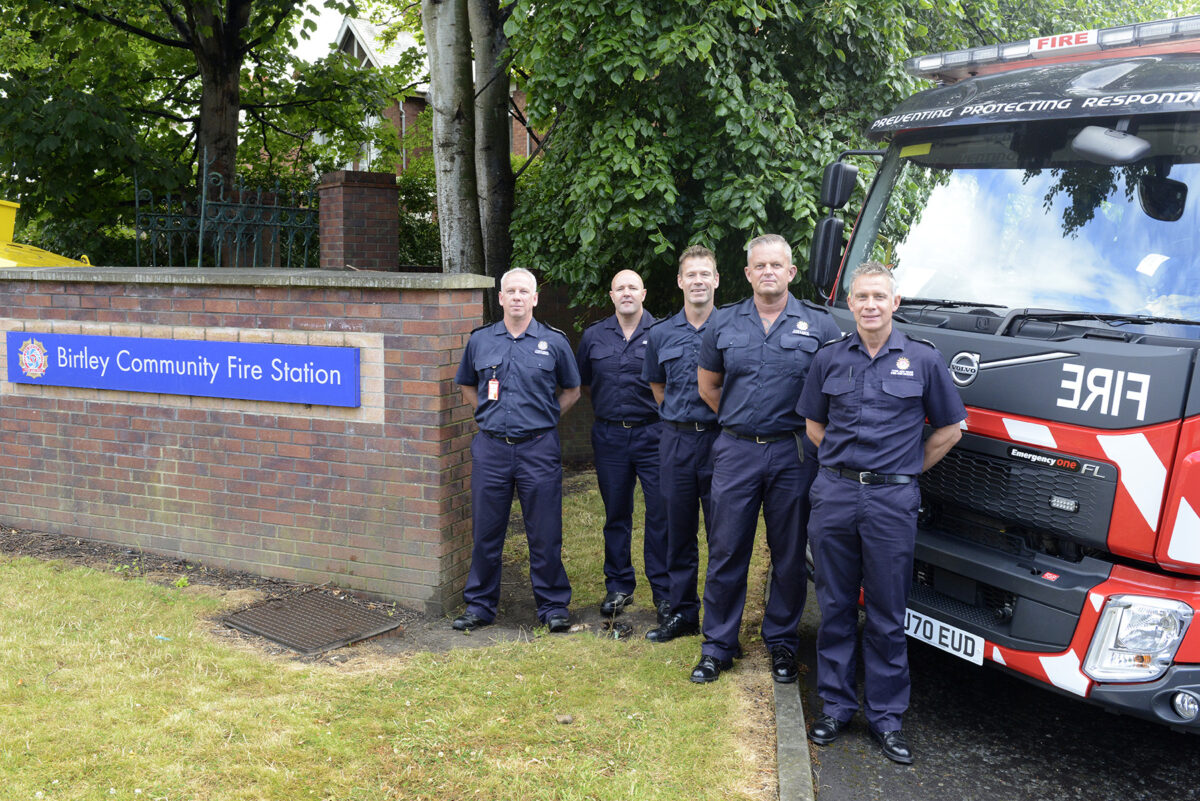 Firefighters have been praised by their community after their hard work led to an 83 per cent fall in deliberate fires.

Crews in Birtley have been applauded after they responded to a spate of incidents in the areas of Barley Mow.

The fire-setting was causing problems in the community but the behaviour of some small groups of teenagers was very intimidating for residents.

That is when Tyne and Wear Fire and Rescue Service (TWFRS) staff working out of Birtley Community Fire Station stepped in.

They worked closely with Northumbria Police to increase joint patrols, speak to residents and review CCTV.

Eventually they identified the main culprits and brought them into the fire station to educate them about the consequences of their behaviour.

The work has seen an 83 per cent fall in incidents in the area and residents have now thanked firefighters for their intervention.

Cllr Hazel Weatherley, who lives in Birtley, has today (Tuesday) praised TWFRS and Northumbria Police for their intervention.

She said: “Since this intervention, we’ve seen that the behaviour of the young people involved has definitely changed, I’ve had a drop in calls about incidents and our parks are recovering.

“It’s a whole community approach, from the council cleaning up the back lanes and sorting the bins so they aren’t targets, to the PCSO’s speaking to the young people, to TWFRS helping them understanding real life conserquences.

“We want to show the community we are there for them and help get them involved in our support services to hopefully have a ripple effect on the young people in Birtley.”

Station Manager Jon Anderson, of TWFRS, said: “Working with our partners and local residents we were able to use local intelligence to identify areas affected by deliberate fire setting and anti-social behaviour.

“Then we increased patrols and engagement within the community and incidents have significantly reduced.

“I also want to thank those young people who worked with us during our engagement sessions and visits to the station.

“It takes a large amount of courage to work with us to help tackle this problem and we are proud of the change in behaviour we’ve seen from the young people of Barley Mow.”

Neighbourhood Inspector Kevin Ashurst from Northumbria Police said: “We know that anti-social behaviour can have a detrimental impact on our communities which is why we are committed to working with our partners to tackle it head on.

“We have been actively supporting Tyne and Wear Fire and Rescue Service (TWFRS) by referring young people into their fire education programme, which has seen great results and received some really positive feedback from those who took part.

“These positive results are a testament to the hard work of my PC’s and PCSO’s, as well as all those involved in the wider activity.

“We will continue to support our partner and the community and would ask that anyone with concerns or information continues to feed this in to us – it will be acted on.”

TWFRS are committed to working with partners from all over the region to combat antisocial behaviour.

This week is national ASB Awareness Week and regional agencies are encouraging anyone involved in disorder to take part in one of the many diversionary programmes on offer.

If you want to report information about deliberate fire setting in your community then you can report it anonymously to the fire service.

Contact independent charity FireStoppers on 0800 169 5558 and help make your area a safer place to live.

You can also contact Northumbria Police online at their website or by calling 101. In an emergency, where person or property is at risk, always dial 999.