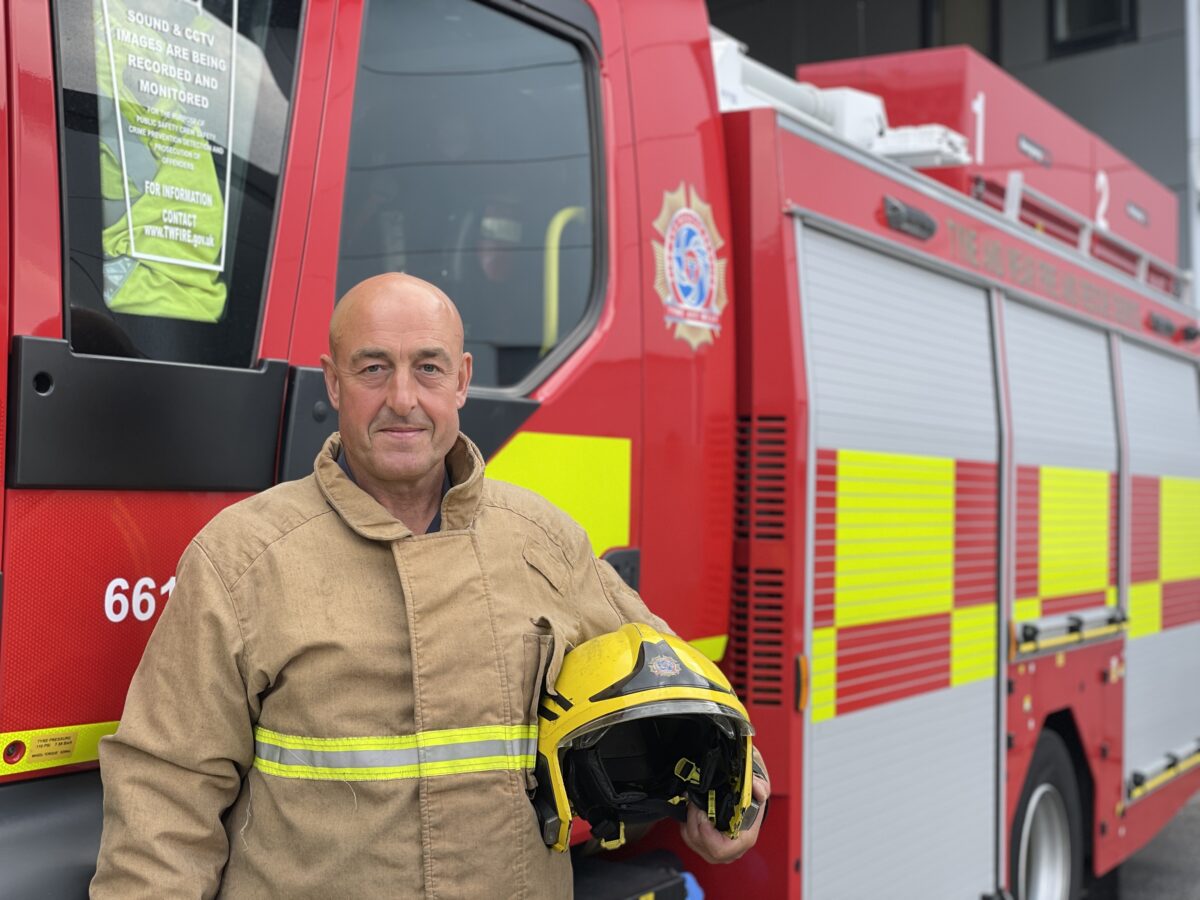 Farwell to familiar face across Tyne and Wear

One of the longest servicing Firefighters in the region hangs up his helmet this week – after four decades keeping communities safe!

Firefighter Tony Bird leaves Tyne and Wear Fire and Rescue Service (TWFRS) this week after spending 40 years with the service.

The 60-year-old joined TWFRS back in 1982 as a retained firefighter as he lives within five minutes of Chopwell Community Fire Station.

That saw Tony working down the mines in his day job while also working on-call as a firefighter in his free time.

Despite loving the camaraderie of working down the mines, Tony knew that things were changing and it was time to move on.

So, after 17 fantastic years being a retained firefighter, Tony took the plunge in 1999 to become a wholetime firefighter and has never looked back.

Tony said: “I’ve loved every minute of this job, I would encourage anyone to join the Fire Service.

“My watch is like a family and we’ve been through a lot together but we are all getting on a bit and it’s time for me to go.

“I know I’m leaving my watch in good hands though, we’ve had a new recruit come onto the watch during the large recruitment drive and I’ve passed on as much knowledge as I can.”

Tony notes that the biggest change in his 40 years is the health and safety aspect of the job, saying “Back when I first started you wouldn’t believe the protection we had – but now it’s incredibly safe.”

Tony is excited to spend more time in his garden but will still be extremely busy – doing the school drop off/pick up each day for his four grandchildren.

He is also looking forward to taking his wife of 42 years Susan on a Caribbean cruise along with a number of their friends.

Today (Thursday) one of TWFRS’s highest ranking officers has thanked Tony for his incredible service.

Assistant Chief Fire Officer Lynsey McVay said: “The dedication of our staff to serving the community is personified in people like Tony.

“We are sad to see him go but are glad that after 40 years he feels ready to pass the baton on to one of our many new recruits that we have coming through as part of our recruitment drive.

“I want to thank Tony on behalf of everyone past and present at TWFRS for his service and know that in his time he has inspired many young people to join our Service.”

Retained firefighters work part time, usually around their day job. They are trained to the same high standards as wholetime firefighters, however they are only called to the station when they are needed to respond to an emergency.