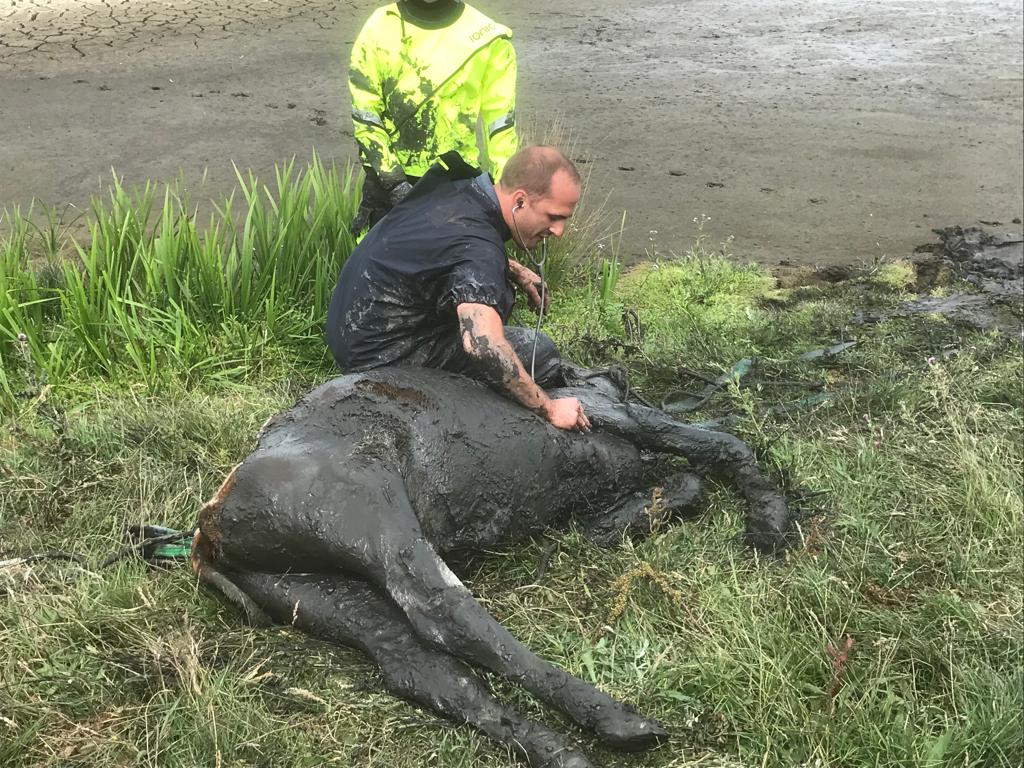 Firefighters had a moo-ving experience after they responded to a 999 call reporting a distressed calf was stuck up to its neck in mud.

Specialist crews attended the Boldon Flats Nature Reserve and, due to the searing summer’s heat, time was of the essence.

A local vet sedated the calf before firefighters used an inflatable raft to enable them to get close and work their magic.

They used specialist equipment to try and loosen the mud around the calf to make the task of lifting and freeing the animal a little easier.

The equipment in question was a mud lance and animal lifting strops, which were positioned around the calf’s torso.

The worried farmer also joined the rescue by providing a forklift truck to help add some brute strength to the task in hand.

After two-and-a-half-hours the delicate rescue was complete and the lucky calf was freed from the mud.

The local vet attended and checked over the animal once it had time to get its bearings. Thankfully it hadn’t suffered any long-term injuries.

Andrew Blower, Risk & Resilience Manager at TWFRS, said: “What an amazing effort from our crews and fire control team to ensure a happy ending to this difficult animal rescue.

“When we got to the scene at Boldon Flats Nature Reserve we had to assess everything around us from the welfare of the animal through to the weather conditions and overall surrounding environment.

“We had to use our knowledge and expertise to try and free the calf without disturbing the mud too much and endangering the animal further.

“We would always urge pet or livestock owners to be careful when letting their animals roam on flatlands as the land under foot can be unpredictable.

“It was rewarding to be able to get the calf back to its relieved owner’s just in time for its afternoon snack!”

TWFRS crews left the scene of the successful animal rescue at 2:40pm, almost three hours after the initial call. 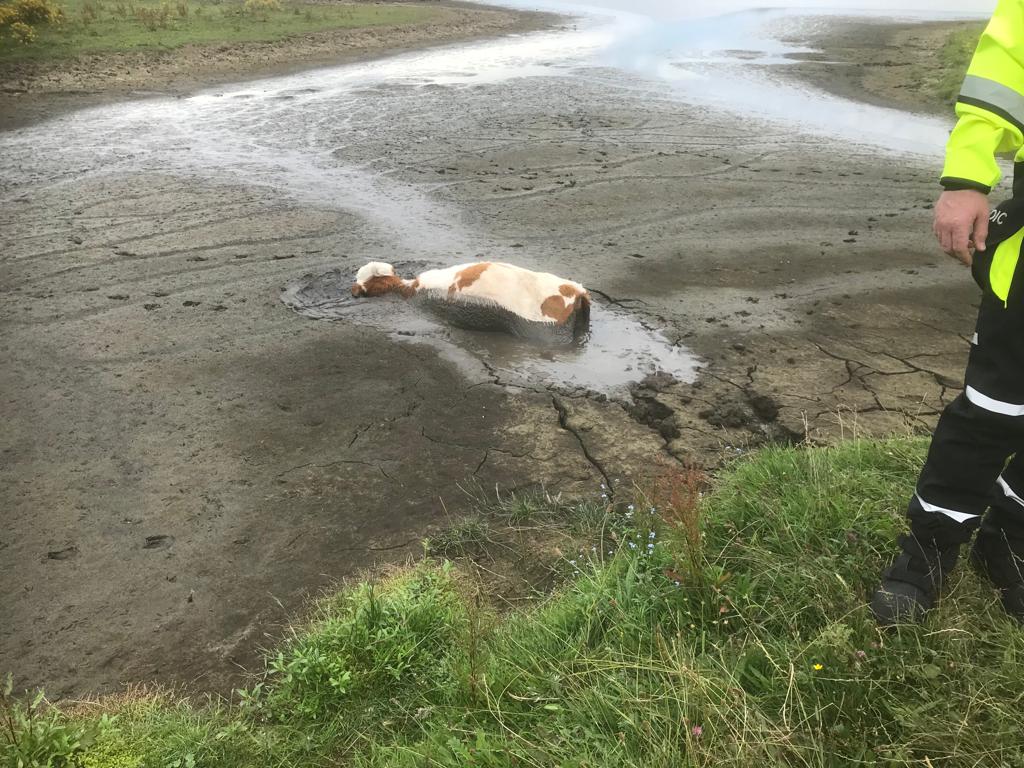 The calf was buried up to its neck in mud