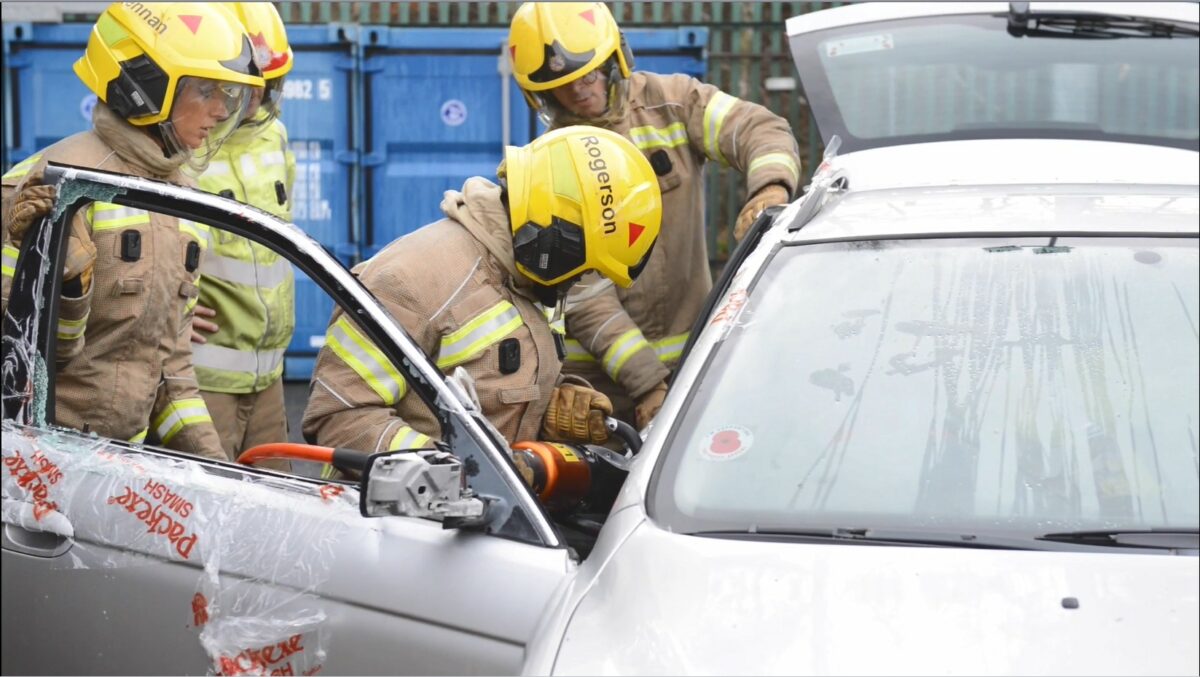 A change of pace for this racer

A fledgling firefighter who left his job as a falconer to save lives in Tyne and Wear has said he is ready to fly the nest and keep his communities safe.

Paul Rogerson has swapped training falcons for bird control for saving lives after passing out as one of the newest members of Tyne and Wear Fire and Rescue Service (TWFRS).

He passed a gruelling 12-week course and is one of 32 new recruits who passed their training this month and will now be deployed to the front line.

But before he pulled on the uniform, Paul has revealed that he spent three years working as a professional falconer and training birds of prey.

The 34 year-old is looking forward to a career keeping the people of Tyne and Wear safe as one of their newest firefighters.

Paul, who lives in Newcastle, said: “I’ve always had a passion for birds of prey but I didn’t realise I could make a living from working with falcons until about three years ago after speaking to people in the industry.

“Most of the work was to deter seagulls and other birds from nesting on buildings or spreading disease.

Paul applied for a role as a firefighter when he first left school but was unsuccessful, however this didn’t stop him living TWFRS’s core values everyday.

A keen volunteer, Paul has always found himself pitching in to help his community and looking after others teaching his children that hard work and taking care of people should be at the heart of what you do.

And even though the father-of-two felt prepared when coming into the course, nothing really could prepare him for what was waiting for him in Washington when he started back in September.

Paul added: “Going through this course has made me keep pushing myself and have a bit of self-belief, I know I can do this and it’s been a really test of determination.

“At 34 I might not be the fittest or the smartest, but for me it’s about leading by example and showing my children that even though I’ve found this extremely difficult, staying ambitious and true to my own aspirations , hard work pays off.

“I wanted to show them that as they begin to face their own challenges in life I’ve set a good example of determination and belief they can achieve anything no matter how challenging.”

Assistant Chief Fire Officer Lynsey McVay, knows all about how tough it can be to be a firefighter in our region and has praised Paul and his fellow recruits for their determination throughout the course.

She said “I’m so proud of how hard our recruits work to make sure they are in the best form possible when they get on station and which should reassure our communities that we are working hard to keep them safe.

“It’s a tough 12 weeks when you are training, you get filled with all this knowledge and then you are out on station putting it into practice it can be really daunting.

“This recruitment drive is one of the biggest we’ve had in years and it’s great to see people with all sorts of work experience want to come and be firefighters.

“Anyone can be a firefighter, you just have the determination, the heart and people at the core of what you do – we can teach you the rest and Paul and our other recruits are the perfect example of living and breathing our values.”

Paul and his fellow trainees passed out on Friday, December 17th, after completing a string of classroom based assessments.